I rode out my first ever Hurricane in Orlando waiting for it to pass so we could get to work. This was the first time I was going to actually be paid for helping after a disaster.

I flew into Tampa four days before the hurricane was to hit the west coast. Irma was a huge storm that was going to do damage wherever she landed. My job for 3 of those days were to stage all the rigs that were coming in from all over the country and as far as Canada. All sorts of trucks came in, from bucket trucks to pick up trucks and everything in between. All the rigs that came into Orlando were staging at Epcot. It was a huge effort getting everyone to go where they were supposed to. But the drivers and crew were all very pleasant to deal with. I met several people that day. The one that stood out the most was Donald Carter (DC). He was the lead guy for a company called Powersecure. I also met several guys and a lady from Florida Power and Light. DC and I hit it off and I was immediately pegged as a go to guy. If something needed to get done, they knew they could reach out to me and the crew and we would handle it.

Day 0, this is the day the hurricane hit and fortunately I was staying at the Hilton with hurricane proof windows. the strength of the hurricane came through the middle of the night and by morning the winds had died down to about 50mph. We made it to Epcot and the task at hand was to line up all the trucks for fueling. We arrived at 7am and started to line up over 500 diesel trucks and about the same in regular fuel trucks. It was 9am and the fuel truck was at the location but the team that did the refueling were not being released until the winds died down. The logistics of food, water and fuel that first day was a bit delayed but was cleared up fairly quickly. It was around noon that we finally got the fuel line up and running. Everyone was very understanding and eager to be fueled and heading to their rally points all through out the state. During the fueling process I was looking over the log and the remaining trucks that were to be fueled and asked the fueling team if there was enough fuel. One of them said he was pretty sure that we would be fine. My response to that was, I need a definite yes on this one! so, he said the only way to be sure was to get on top of the rig and measure. I replied, I need to be sure there is enough fuel. At that point I went through the log and looked at the last 25 trucks to be fueled and did a rough estimate as to how many gallons each truck was needing. the estimate was 26 gallons. then I reached out to my POC at FPL and asked her to come to the fueling location. This was not information you wanted to put out over the radio. If the drivers got wind that we were worried about not having enough fuel, they would be a bit angry. I also had one of my crew take the van and give me an exact count of trucks left to fuel. As I waited for the exact amount of fuel and the FPL logistic supervisor. I received my count, 132 trucks left. My fuel count came in at around 1400 gallons left. I talked with the FPL logistics gal and told her that, with my rough estimates that we would be out of fuel with about 75 trucks left on the lot. We were fueling with 2 lines and were moving quick so we needed to get the fuel here fast. The re-fueler was about 30 minutes out and the FPL supervisor made the call to bring it in. Right after that call was made we went down to one fuel line and the last tank in the tanker. this helped because it slowed everything down and gave us time to get the re-fueler in. What is amazing is that as we ran out of fuel in that last tank, the re-fueler had just finished fueling 1 of the 3 empty tanks in the tanker. As that happened I went through and counted the remaining trucks and the count was 81. Here is my take on this. Everyone has a job, mine was not given to me in a job description or was I handed an sop manual. I was told to manage the re-fueling and make sure fuel was logged. That is it, that was the extent of my directive. I new the urgency of getting all the rigs out in the field and what it meant to the power restoration process, but that was it. We were all a part of the big picture and that means you take on your part and know that you are as important as anyone in the process. Had we left 80 trucks on the lot and had to wait another hour or two then that could have meant that there would be hundreds or thousands that would have to go another day without power. So, when you are part of a team, no matter how big or how small, always give everything to that effort. The ripple effect could be more dramatic then you may think. 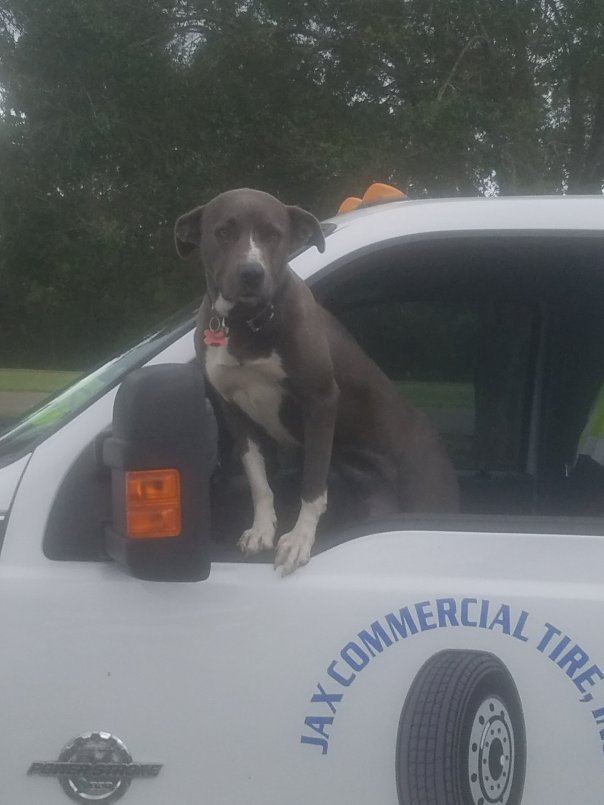 I was certainly praised for going the extra mile and had several FPL supervisors send my name up the logistics chain of command. Also DC had mentioned my efforts to the supervisors at Powersecure. Later that hour DC got an email stating that they wanted me and my team to head out from Orlando to West Palm Beach as soon as possible. It was 7pm and I had to get back to the hotel, gather my team, check out, eat and get on the road for a 2-3 hour drive. We arrived just after 11pm. Day 1 was to begin tomorrow.